What Is a Male Rhinoplasty?

The nose is perhaps one of, if not the most, prominent features on your face. It’s also one of the few that can’t be hidden. Embarrassing eye colors can be hidden with contacts, and a crooked upper lip is easily obscured by the mustache. However, the nose can’t be hidden like this, so a crooked nose can make or break your face, and with it your self-confidence. Luckily, there’s a procedure to rectify that.

A rhinoplasty, often called a nose job, is a procedure done to permanently reconstruct your nose. There are several ways of doing this, including inserting implants, redistributing the nasal cartilage, and smoothing or otherwise altering the wrinkles seen near the nose extending to the corners of the mouth, known as the nasolabial folds.

How is Rhinoplasty Performed?

There are two ways of performing rhinoplasty, external and internal.

Who Is a Good Candidate for a Rhinoplasty?

Besides improving appearance, rhinoplasty has several health benefits. The procedure can correct septal deformities and strengthen breathing areas, as a way to correct septal deviation or help with sleep apnea. Of course, rhinoplasty is also beneficial for men who can successfully recover from plastic surgery, are relatively healthy, and desire to improve their most prominent facial feature, the nose.

Doctors note that the best candidate will be a man who:

What’s the Difference Between Rhinoplasty For Men and Women?

Plastic surgeons need to know different techniques to ensure aesthetic success for each gender. This leaves most men at an impasse. The vast majority of rhinoplasty surgeries are performed on women, but that doesn’t mean it’s a female-exclusive procedure.

What Can I Expect During My Rhinoplasty Recovery?

Rhinoplasty recovery typically doesn’t take too long. Directly after surgery, a splint will be placed on the nose to keep the area straight during initial healing. This will likely stay on for between five to seven days. When the splint is removed, you can go about daily activities. After another week, most of the facial swelling will have subsided. After week three, you should be able to return to cardiovascular activities such as jogging, and after week six you should be able to return to impact sports and resistance workouts, such as soccer or weightlifting. There will be minor swelling for several months more, but this is nothing that cannot be covered with some makeup.

Why Do Men Choose Rhinoplasty?

There are plenty of reasons why men would choose to undergo rhinoplasty. Most men do it because they want to permanentl alter the shape of their noses for aesthetic reasons. After all, no one wants to feel ugly, and if you feel self-conscious about your nose, it can make a huge difference.

In some cases, rhinoplasty is done to alleviate sleep apnea and assist in breathing difficulties. Doctors strongly suggest getting rhinoplasty if you have a deviated septum due to an accident or an injury.

The benefits of rhinoplasty include:

Around 10 percent of all aesthetic rhinoplasties is performed on a man. So, if you want to have a nose job, you’re not the only guy who’s considered it.

For more information about rhinoplasty surgery for men, please call fill out our contact form to set up your rhinoplasty consultation today. 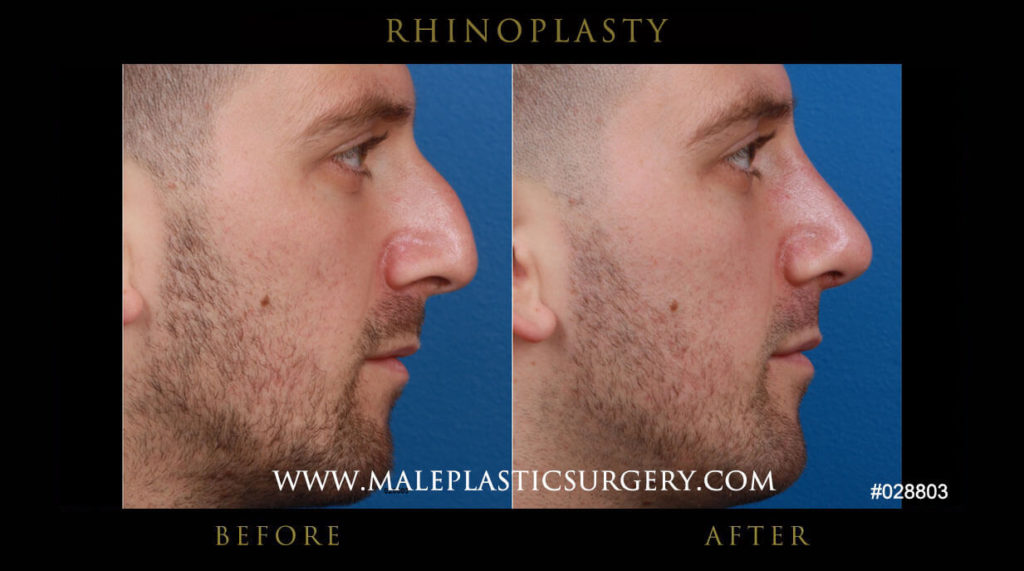 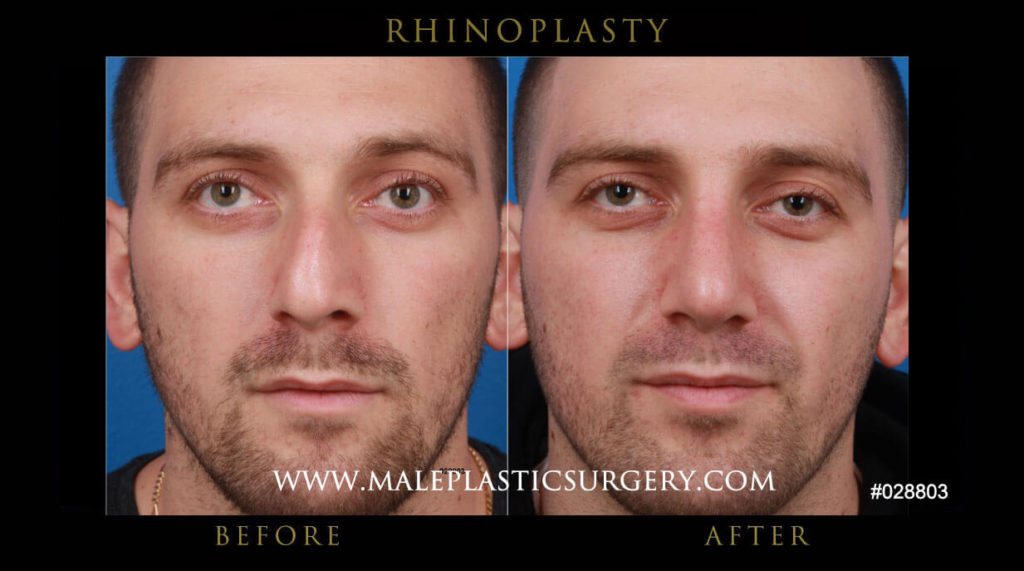 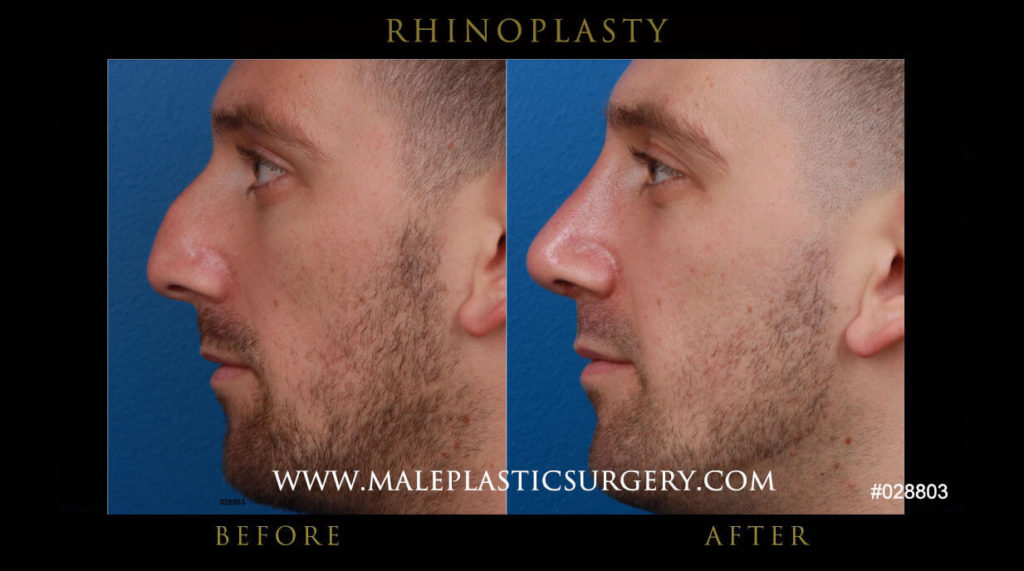 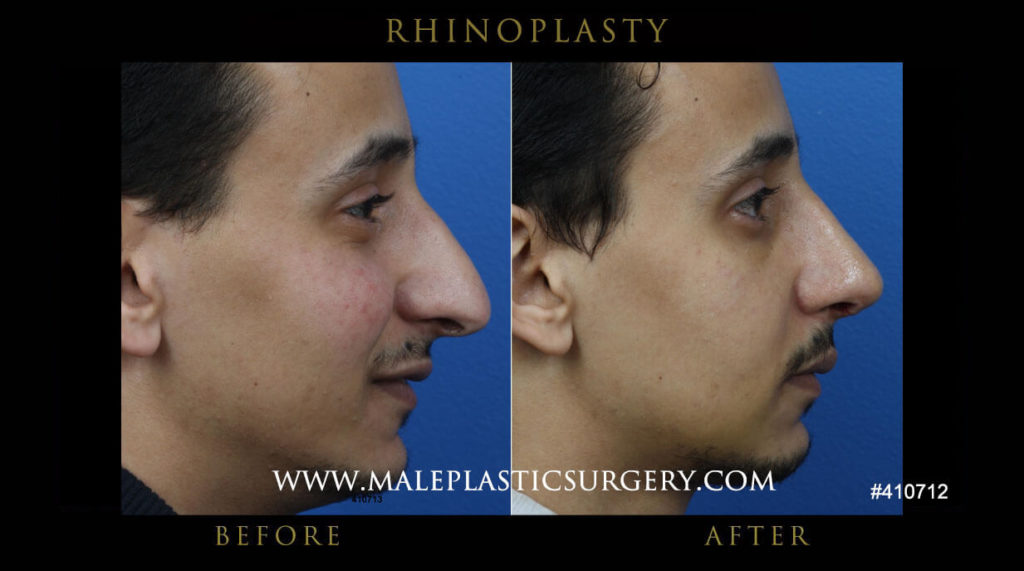 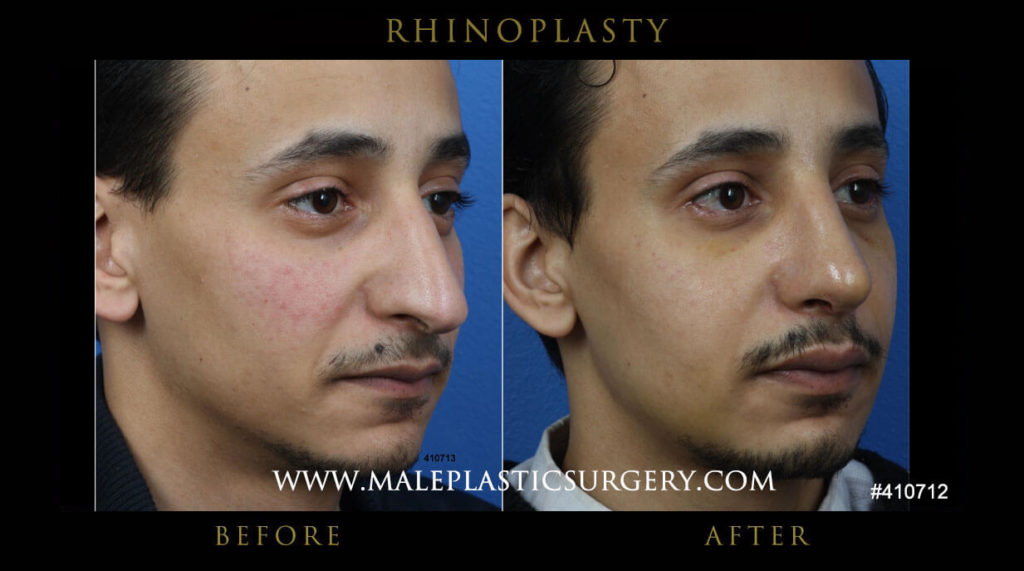 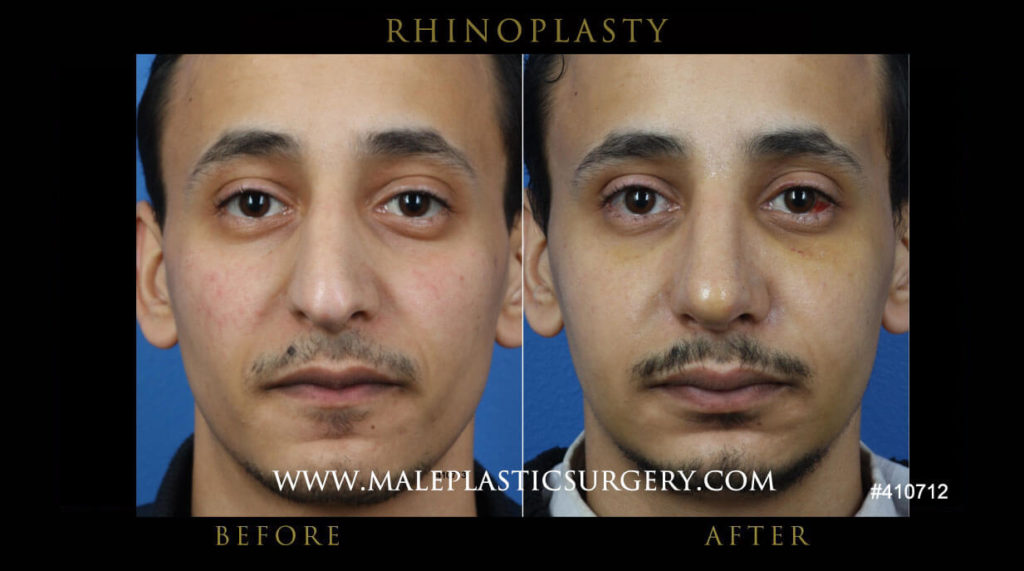 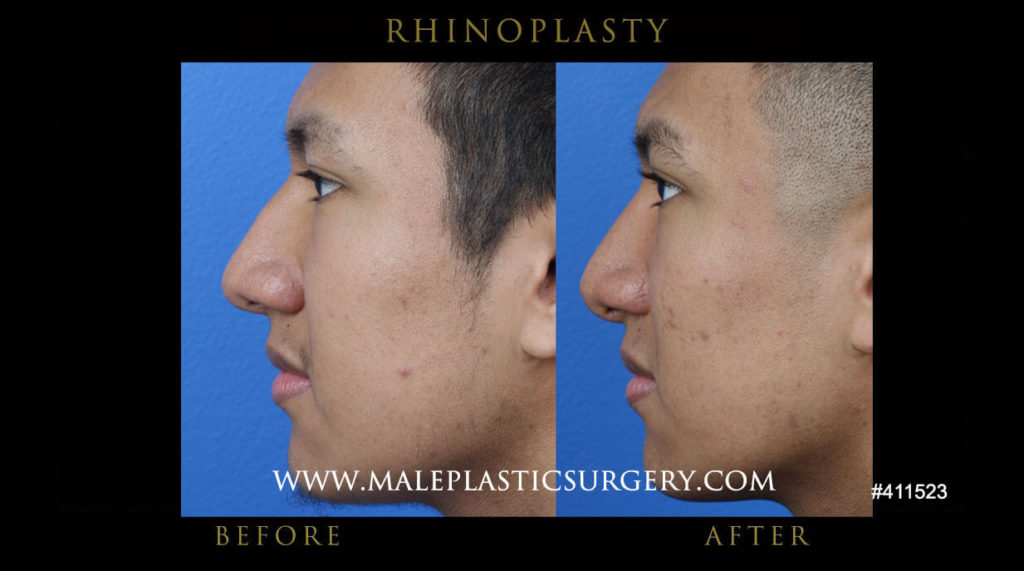 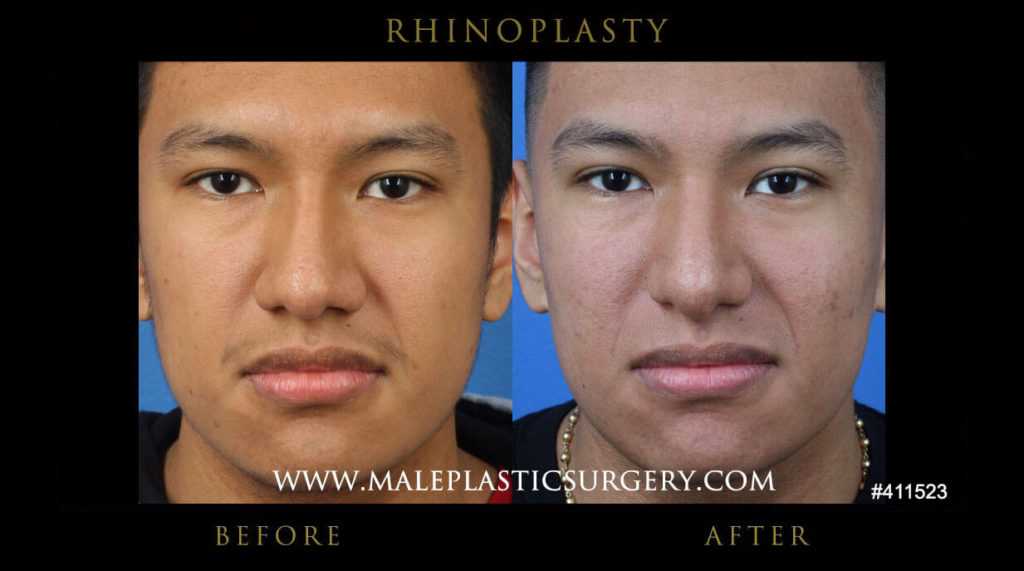 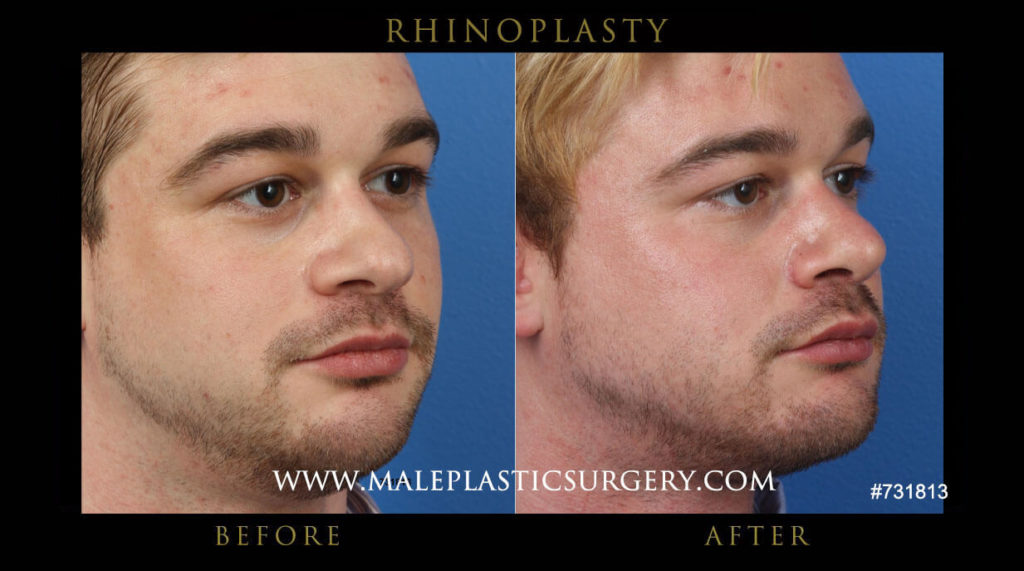 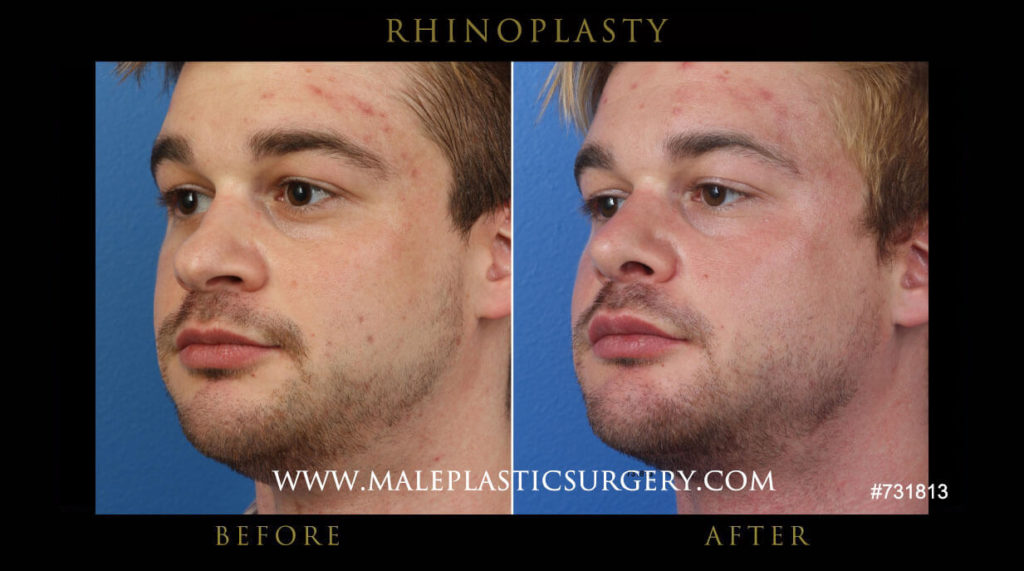 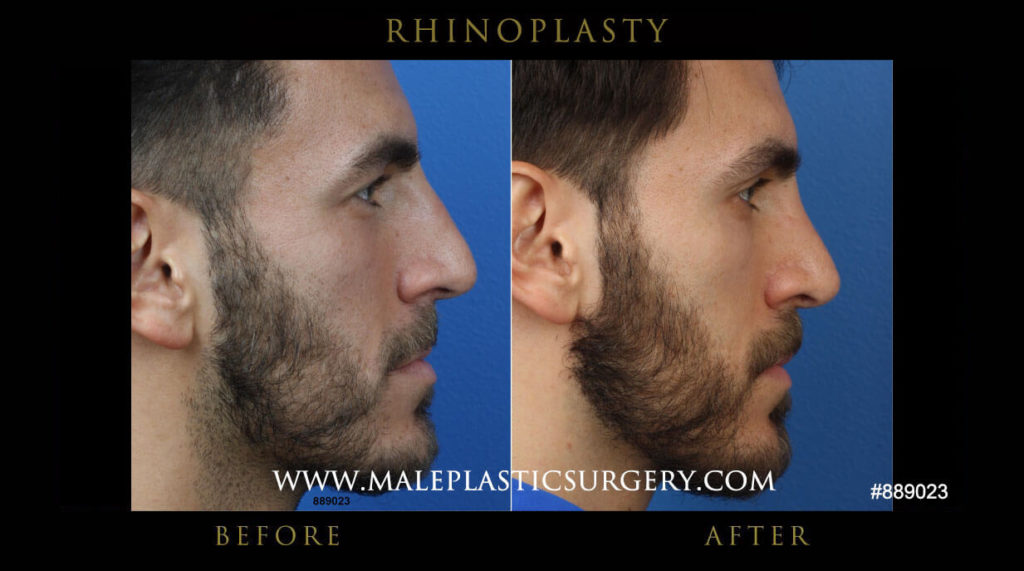 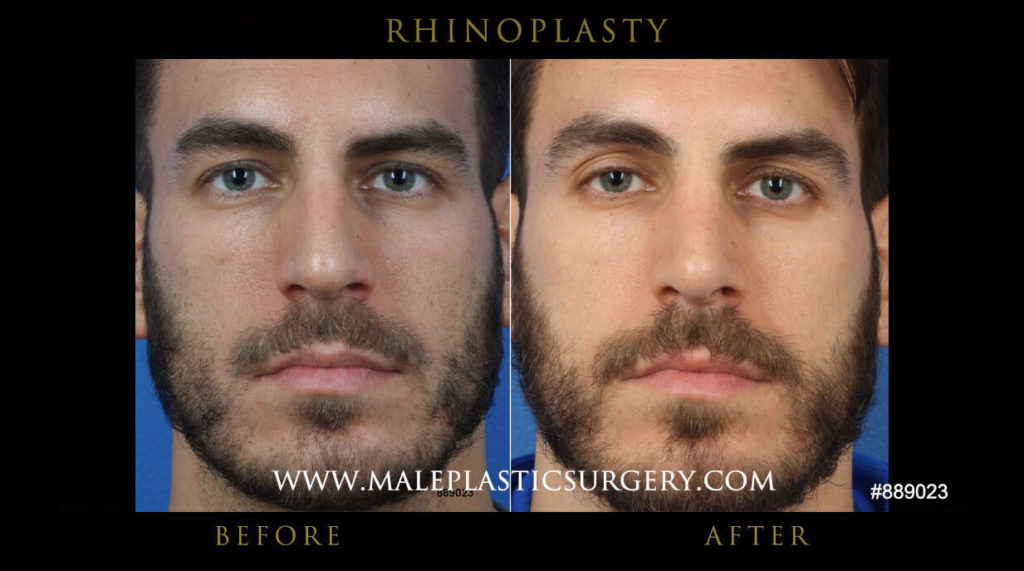 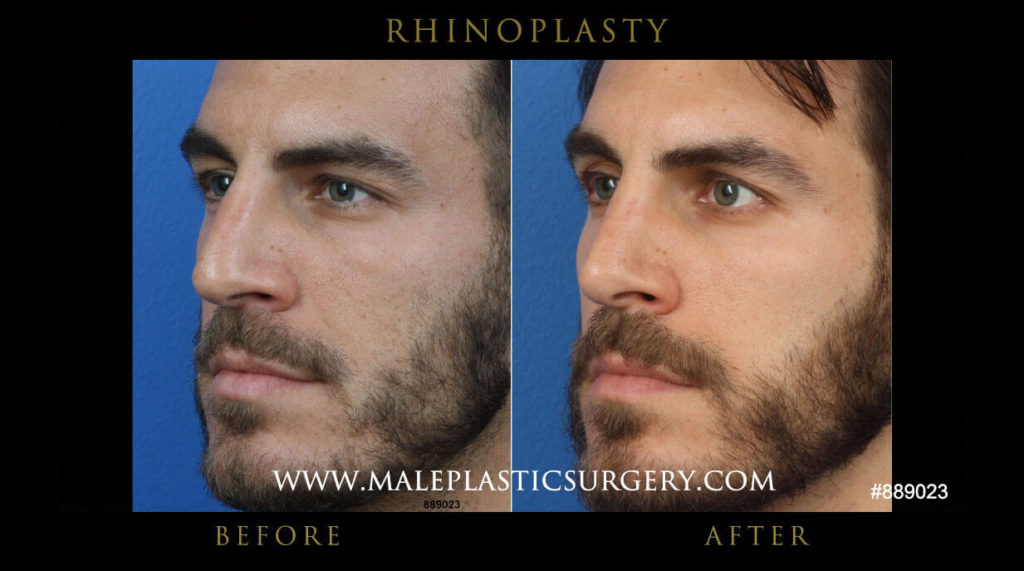 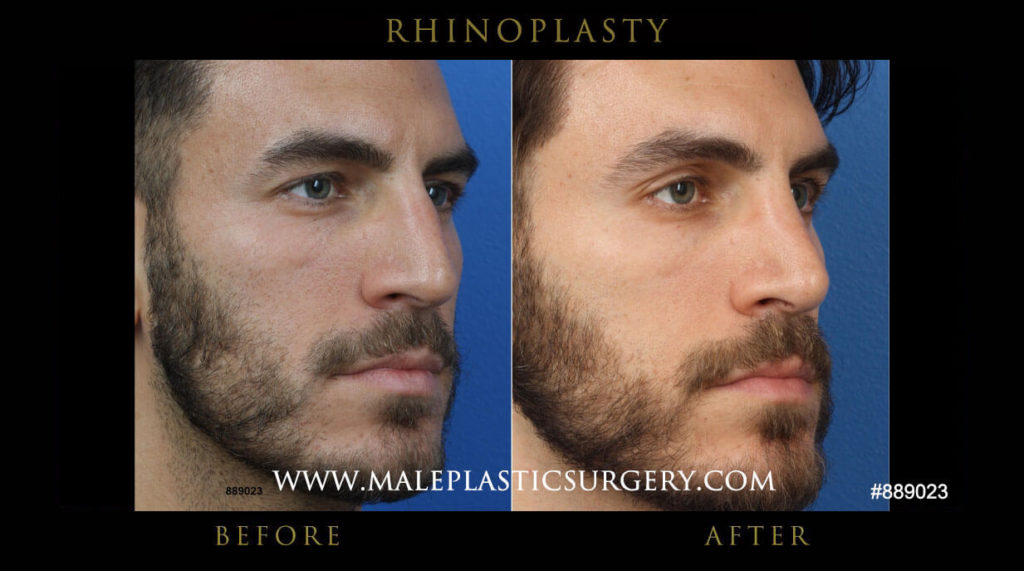 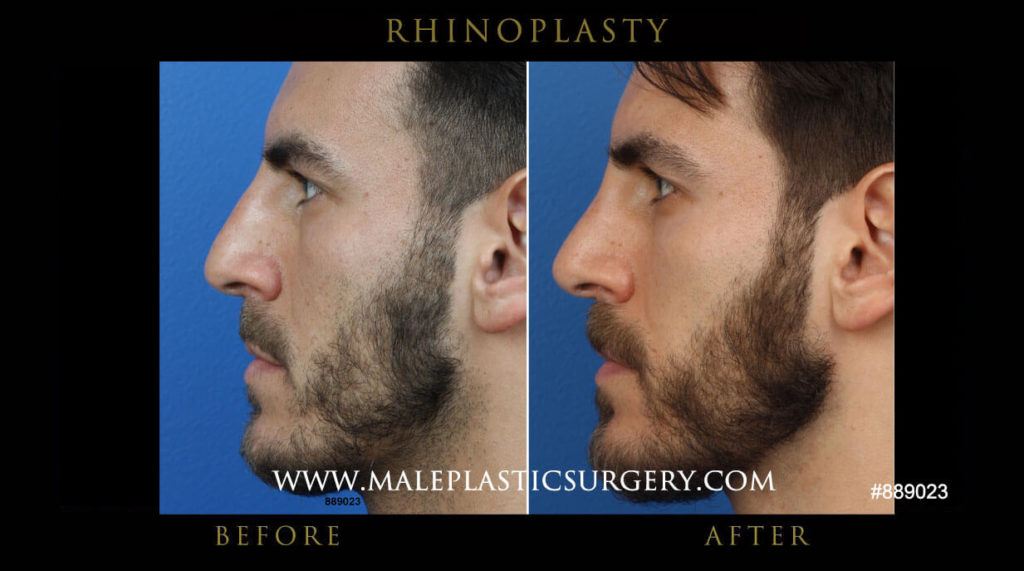 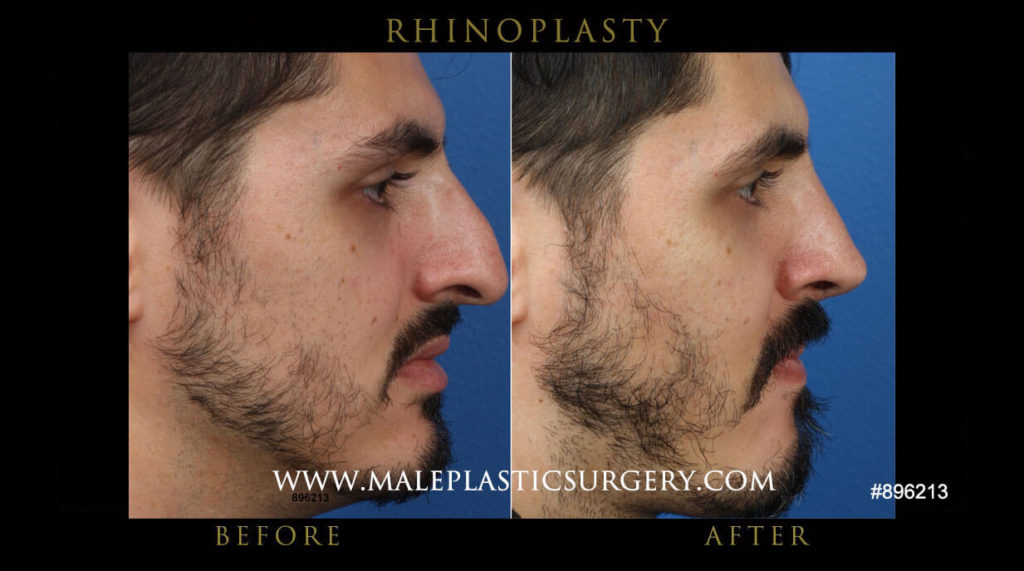 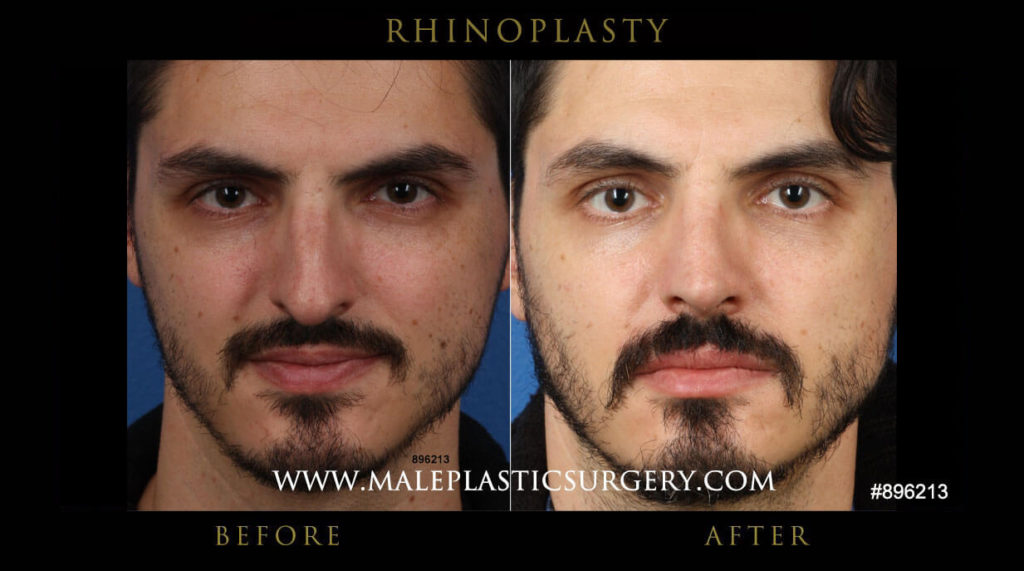 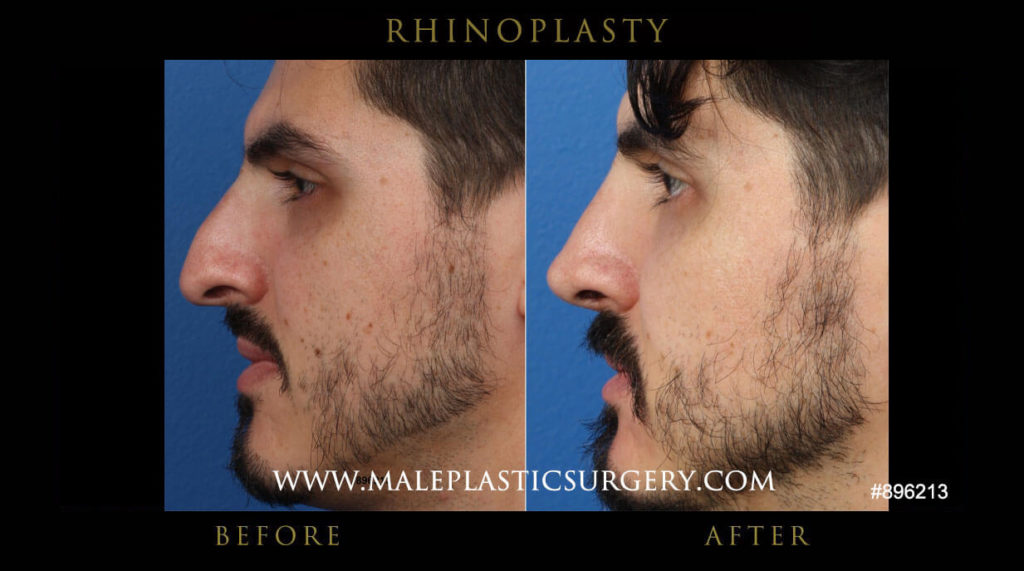