Tired of sagging skin, deepening lines, and other facial signs of aging? Considering a facelift but unsure of how the procedure works or whether you’re a viable candidate to receive this treatment? Facelifts are a decades-old, safe and effective form of reversing the aging process that is only growing in popularity. In fact, recent studies from the American Society of Plastic Surgeons from 2018 show that men now account for 10% of all facelift procedures (just north of 12,000). Learn more about how a facelift is performed on men. This information will help make an informed decision about whether this treatment is right for you.

What Is a Facelift?

A facelift is also known as a rhytidectomy. It is a safe and effective cosmetic surgical procedure that works to reduce signs of aging in the face and neck areas. Facial developments that may indicate the need for a facelift include sagging skin caused by facial tissue relaxation, deepening lines and creases around the nose and mouth, the development of jowls in the cheek and jaw areas, and excess fat that gives the appearance of a double chin in the neck area (see neck lift information here). 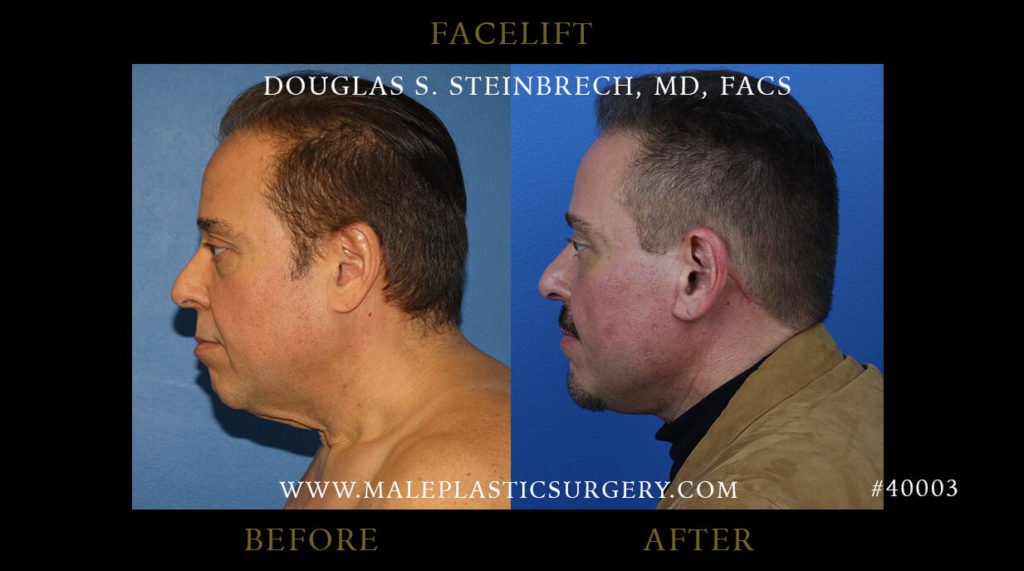 Facelifts not only reverse these and other common signs of aging, but also give the face and neck a more smooth and youthful appearance. There are various types of facelifts, with the traditional facelift being the original and most well-known procedure and the limited facelift being a newer, less invasive alternative. Many surgeons also offer facelift procedures that are more specific to certain areas of the face or the neck.

How Is a Facelift Performed on Men?

During a facelift procedure, the surgeon pulls back a flap of skin on both sides of the patient’s face. Depending on the type of facelift, they will make an incision either from the temple to the lower scalp or smaller incisions in various locations. The doctor will surgically alter subdermal facial elements. They can redistribute fat and deep tissue and lift muscles, which tightens the skin for a visibly youthful contour. Before the surgeon closes each skin flap using sutures, they will remove all excess fat. All facelift procedures are performed using either general anesthesia or regional anesthesia.

The traditional facelift is the most common. It is a well-known type of facelift procedure, and it has been safely performed for decades. While it is fairly invasive, it effectively repositions skin and muscle. In a traditional facelift, incisions will begin at the temple, continue downwards in front and around the ear, and end at the lower scalp. These incisions are typically singular, continuous cuts. In some cases, surgeons may make an incision under the chin, as well. This procedure is typically used with patients who show advanced signs of aging, but can also be used as a preventative measure. 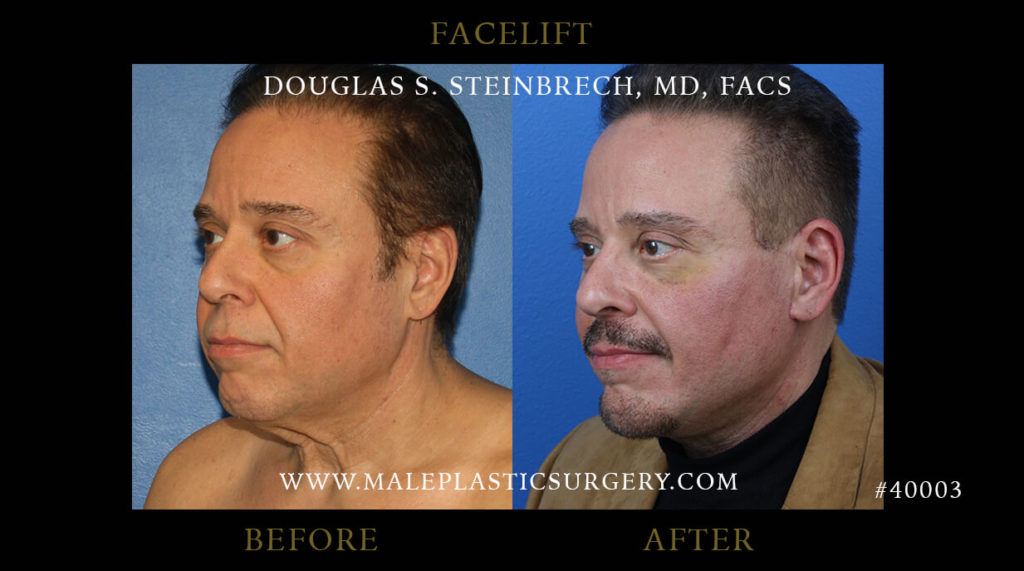 Who Is a Good Candidate for a Facelift?

A good candidate for any type of facelift procedure is a healthy individual. Typically someone who does not smoke and does not have any medical conditions that might potentially impede the post-surgery healing process. The average facelift patient is in their 40s, 50s, or 60s. However, any adult who wishes to improve the appearance of their neck and face may receive a facelift regardless of their age. Indeed, facelifts are highly individualized procedures. The right time for a candidate to receive treatment often depends on how they feel about the appearance of their face and neck.

What Can I Expect During My Facelift Recovery?

The majority of facelift patients can go home within a day of undergoing treatment. Some may need to remain in the hospital for a day or so. Some patients may have small tubes attached to their faces in order to drain fluids, but doctors will typically remove these one or two days post-surgery. Facelift recovery is a gradual process. It depends on the type of procedure and anesthesia as well as the patient’s age and overall health. However, full recovery will typically take two to three weeks. Any facial numbness that remains after that time will resolve itself within several months.

Book your consult with us today in New York, Chicago, or Los Angeles. For more information about facelift surgery for men, please call fill out our contact form to set up your facelift consultation today.