Like Botox, Daxxify is a neuromodulator aimed at tackling the effects of aging. Neuromodulators are most often used to treat wrinkles, frown lines (also known as glabellar lines), and crow’s feet. Though, the uses aren’t limited to just those three. Like Botox and Xeomin, Daxxify is an injectable botulinum toxin. Board-Certified Plastic Surgeon Dr. Douglas S. Steinbrech and the team at Alpha Male Plastic Surgery will determine which areas of the face need attention and inject small amounts of the formulation into the desired areas. Once injected, Daxxify works to stop muscle contractions—allowing your face to relax and preventing the formation of wrinkles. At our three centers of excellence throughout the continental U.S. (NYC, LA, and Chicago), we specialize in Daxxify injections. 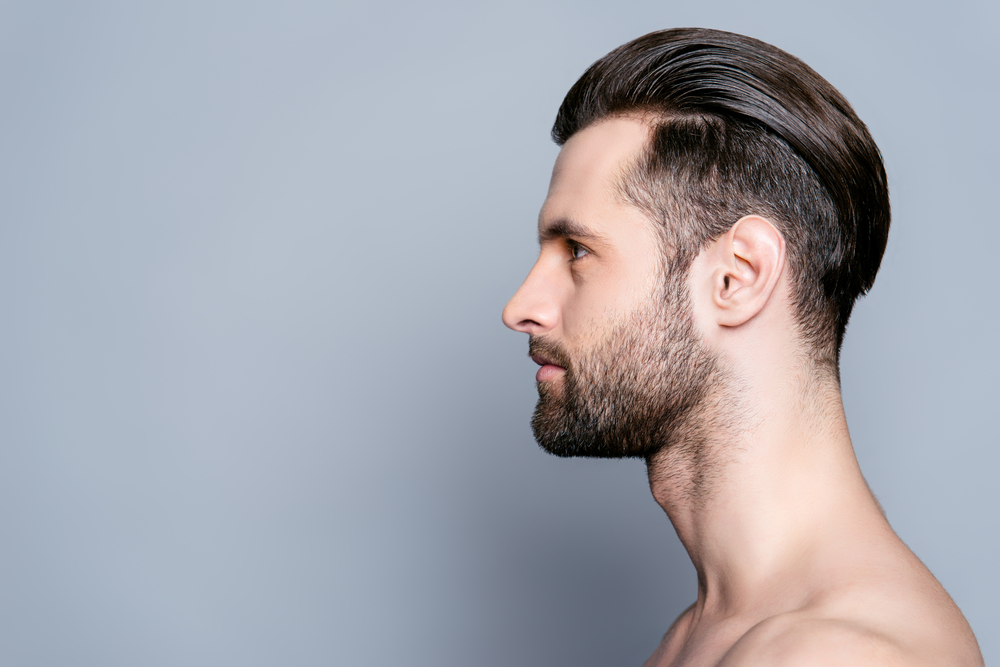 Developed by Revance Therapeutics, Daxxify underwent extended testing before bringing it to the consumer market. Over the course of the last ten years, Revance’s own Sabrina G. Fabi MD and Mitchel P. Goldman MD conducted clinical trial studies to test the efficacy of Daxxify on anti-aging with a focus on glabellar lines.

After years of testing, it was concluded that not only was Daxxify safe and quick-acting, but it produced consistent results among patients.

When Botox hit the market over 20 years ago, it became the go-to answer for those looking to reduce the effects that aging can have on the face. It instantly became the cream of the crop in the neuromodulator market and has remained so since. Until now.

Daxxify has proved to be the next big thing in neuromodulators. The difference is in Daxxify’s signature proprietary peptide formula—which stabilizes the face to reduce wrinkles and lines. The formula produces results that are noticeable instantly and last longer than the competition. Botulinum toxin injections like Botox and Dysport work, but usually need to be revisited every three to four months. On the other hand, Daxxify is producing results that last six months or longer. This makes it one of the longest-lasting preventative aging measures on the market.

Don’t just take our word for it. Daxxify has been thoroughly tested and even received the largest-ever clinical trial for a product designed to tackle glabellar lines. Along with its consistent and long-lasting results, Daxxify’s rigorous testing process also makes it stand out from the rest.

How Does Daxxify Work?

Injections of Daxxify for men are simple. Following a simple consultation, a dermatologist will make small injections of Daxxify in the targeted areas. The procedure usually takes less than 20 minutes and is reported to be well tolerated by patients across the board. Additionally, the recovery time is virtually nonexistent (though minor redness and swelling may occur).

Most male patients see improvements in their faces almost instantly and as the days pass, the improvements intensify. The low-risk procedure brings instant results that only improve with time and as we already know, you have more time off in between injections because of Daxxify’s long-lasting proprietary peptide formula.

Is Daxxify For You?

When you are younger, things like wrinkles and frown lines disappear when your face is at rest. However, over time, these lines become cemented in one’s face—appearing even at rest. Millions turn to neuromodulators each year to fight the effects of aging. If you want to start botulinum toxin injections, look no further than Daxxify.  Because of its lengthy research and testing, it is easy to conclude that Daxxify is the single most impressive anti-aging injection on the market.

A fifteen to 20-minute appointment every six months is an easy trade-off for a face that ages in reverse.

Think anti-aging injections might be the answer? Schedule a consultation with a dermatologist today to determine whether Daxxify is right for you.