Chin Augmentation for Men in Miami

What is a Chin Augmentation?

A chin augmentation, or Mentoplasty, refers to altering the bone contour of the chin area. This is usually accomplished by placement of a fitted implant directly on the bone of the chin, below the skin, or reduction surgery performed on the chin bone. This procedure is usually done to contour an under projected chin. Chin augmentation can also be performed at the time of neck or facelift, to help better define the jawline.

The individual facial features of the chin and jawline can be impacted to help the balance of all facial features. If the nose is prominent or large, it will appear even more so when connected with a weak chin or un-pronounced jawline. Changing the appearance of the chin and jawline with Mentoplasty can further improve the look of the face as well as improve the looks of aging. A leader in male aesthetics, Dr. Steinbrech specializes in chin augmentation for men at his Miami office.

How is Chin Augmentation Performed?

Chin augmentation surgery is achieved with a chin implant. The Mentoplasty procedure is completed through a small incision being made inside the lower lip between the gums or in the natural crease line below the chin. The overlying tissues are lifted off the chin bone making a space where an implant can be placed over the deficient bone of the skeleton.  Sutures are used to close the incisions, and the scar is usually imperceptible.  Dr. Steinbrech performs this procedure using both approaches. 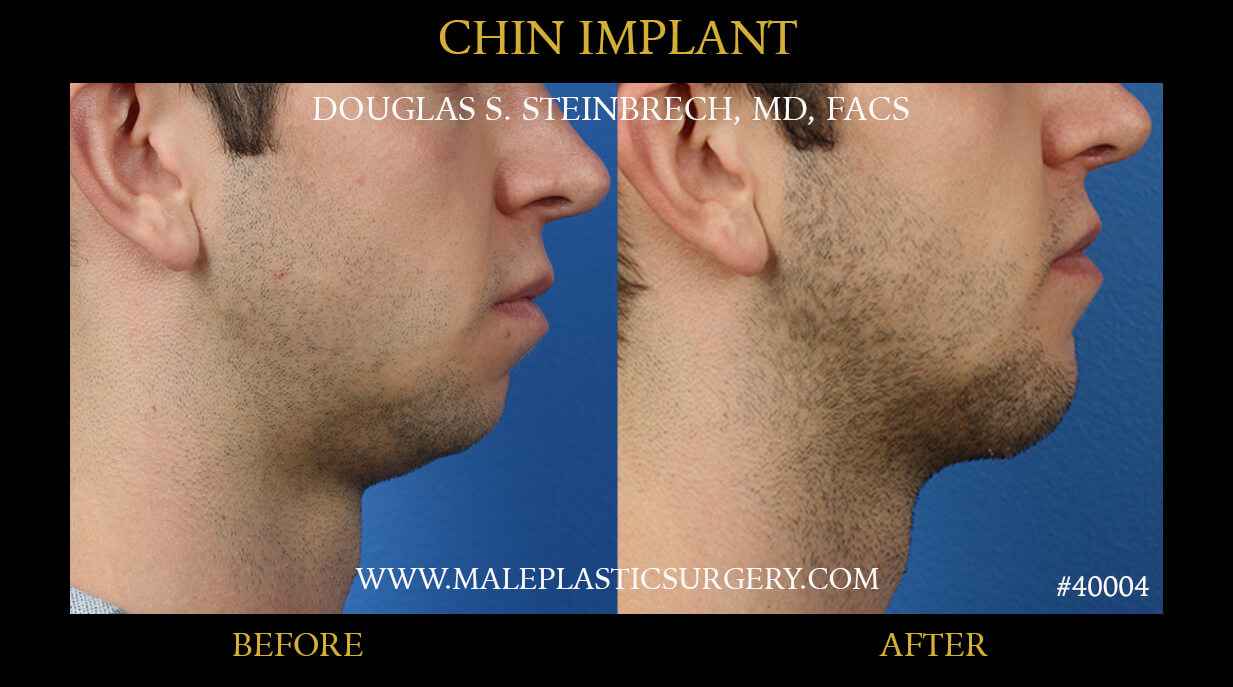 Chin implants for men can be made from a special medical-grade material that looks and feels like natural bone, and they come in a variety of shapes and sizes so that they can be fit to the individual. The surgery takes an average of thirty minutes and local anesthesia is commonly used

Who is a Good Candidate for a Chin Augmentation?

What Can I Expect During My Chin Augmentation Recovery? 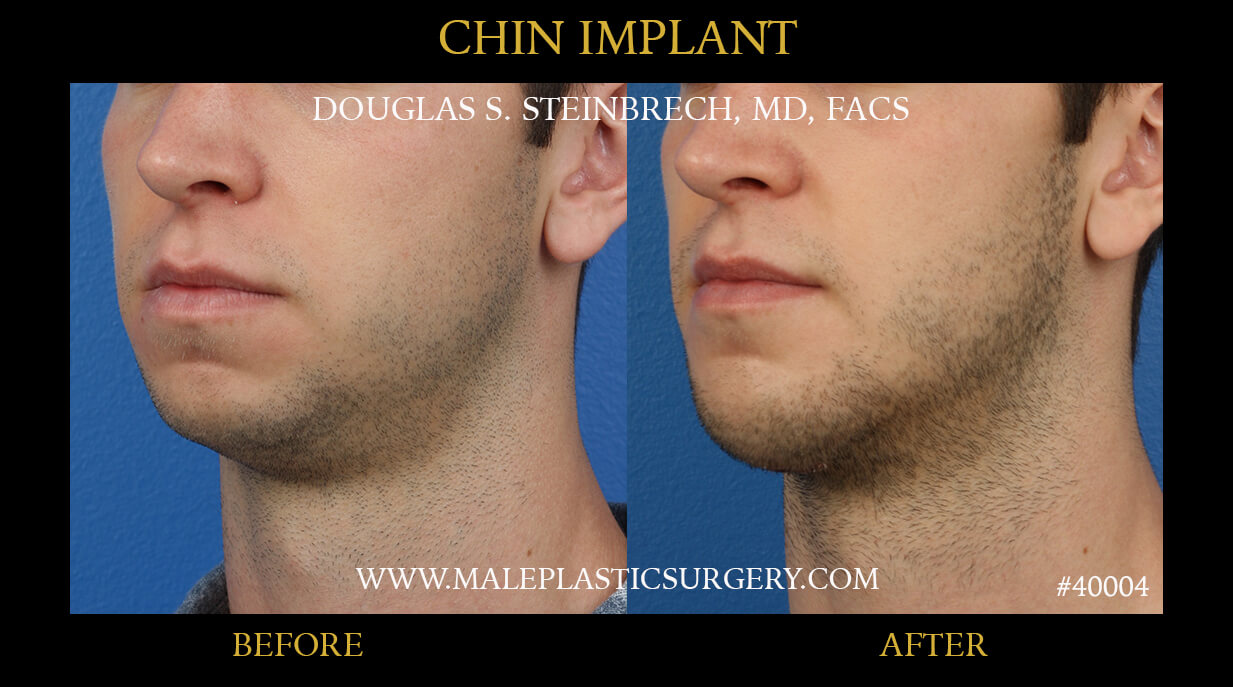 You will need to sleep face-up, with your head elevated, for a minimum of 1 to 2 weeks after surgery to help control post-op swelling and protect your healing incisions. Your cosmetic surgeon may also require you to consume a liquid-only diet for a day or two after Mentoplasty. Dr. Steinbrech and his Miami team will instruct all patients in the areas of dental and oral hygiene post-surgery following chin augmentation surgery.

When performed by a qualified, experienced cosmetic surgeon, chin augmentation is associated with very few complications. Possible risks include infection, hematoma (internal bleeding), a shift in implant position, poor scarring, and side effects from anesthesia. For minimally-invasive transformations of the chin or jawline, learn more about the Male Plastic Surgery Male Model Makeover®, which is another way to enhance the chin with fillers. 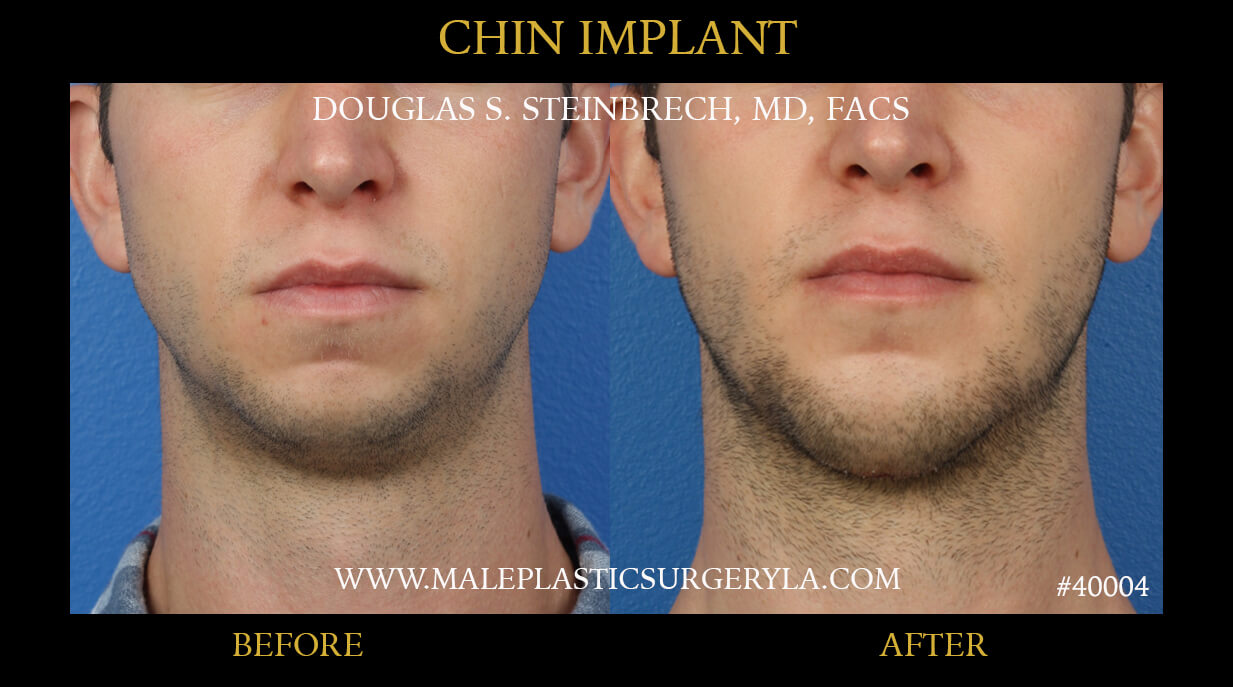